by Leonard Garrison, Associate Professor of Flute, The University of Idaho
Copyright©2014 by Leonard Garrison
To view my teaching video of this piece, please visit my YouTube Channel.
Arthur Honegger (1903-1990) was a Swiss composer who spent most of his life in Paris. He studied composition with Charles-Marie Widor (1844-1937) and Vincent d’Indy (1851-1931) at the Paris Conservatory. He was one of Les Six, a loosely affiliated group of French composers (the others were Georges Auric, Louis Durey, Darius Milhaud, Francis Poulenc, and Germaine Tailleferre), although his works are generally more serious and complex than those of his confreres. He is most famous for Pacific 231, an orchestral work that imitates the sound of a train. His flute works include the Concerto da camera for flute, English horn, and strings (1948), a masterpiece of the first rank, and Danse de la chèvre for solo flute (1921), in the repertoire of every flutist.
Honegger’s Romance is not as well known. Written in 1952-1953, it is available in Contemporary French Recital Pieces, Vol. 1 published by the International Music Company: 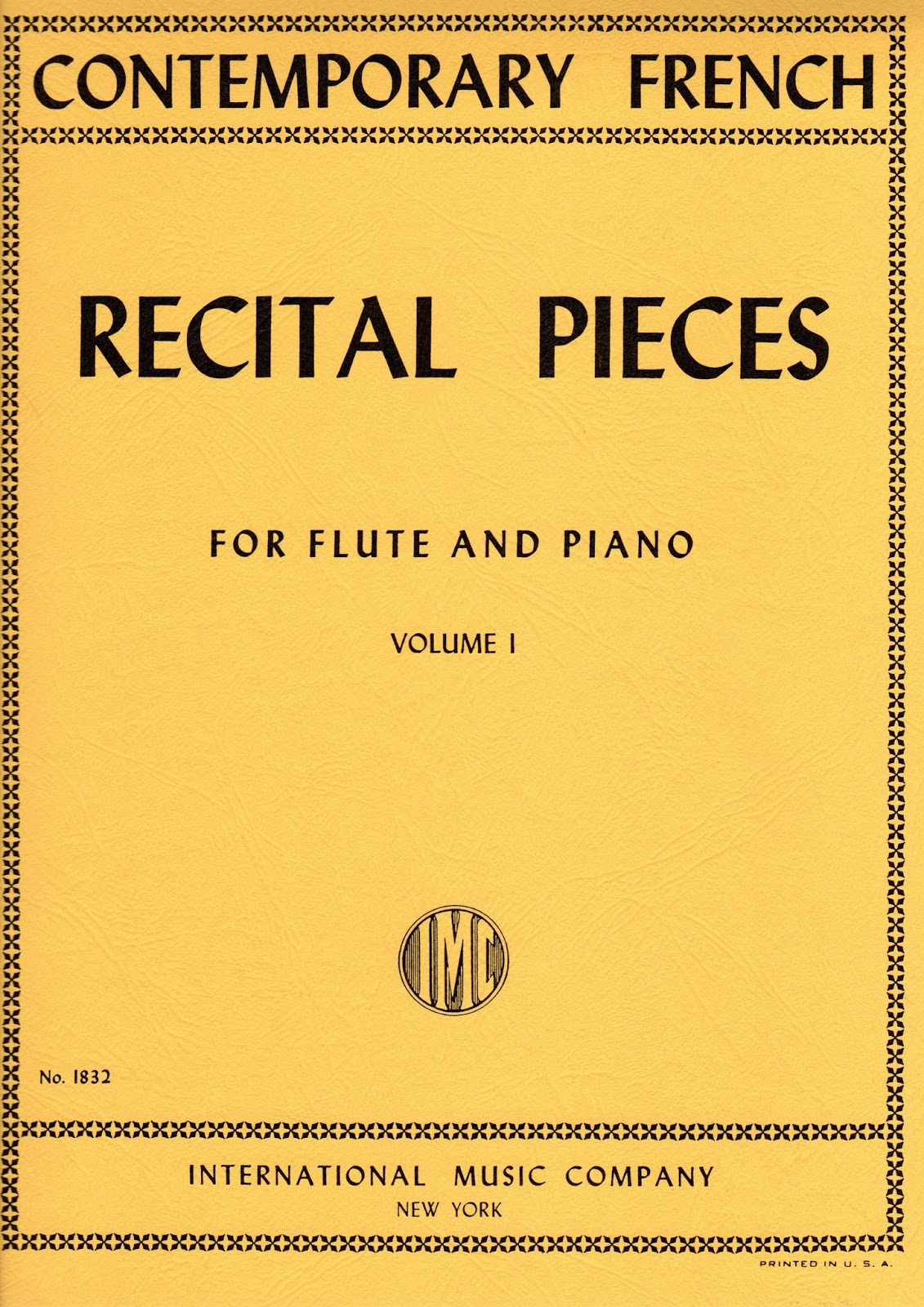 Rated Level D by the National Flute Association, it requires flexible timing, close coordination between the contrapuntal lines and flute and piano, and sensitivity to harmonic changes.
The tempo marking Andantino is slightly faster than Andante or walking; an appropriate metronome mark is quarter=63. Each phrase can start with hesitancy and then pick up momentum. An expressive figure is the two sixteenths and eighth in meas. 4, 8, 12, etc. Lean on the first sixteenth.
The piece is in ternary or ABA form with the reprise of A at meas. 38 abbreviated. To bring out the structure of the piece, play a little faster, about quarter=80, in the middle section, meas. 22-37. The ending is inconclusive; a slower tempo from meas. 43 to the end enhances the sense of mystery.
Good luck, or bonne chance!
Posted by Leonard Garrison at 7:46 PM